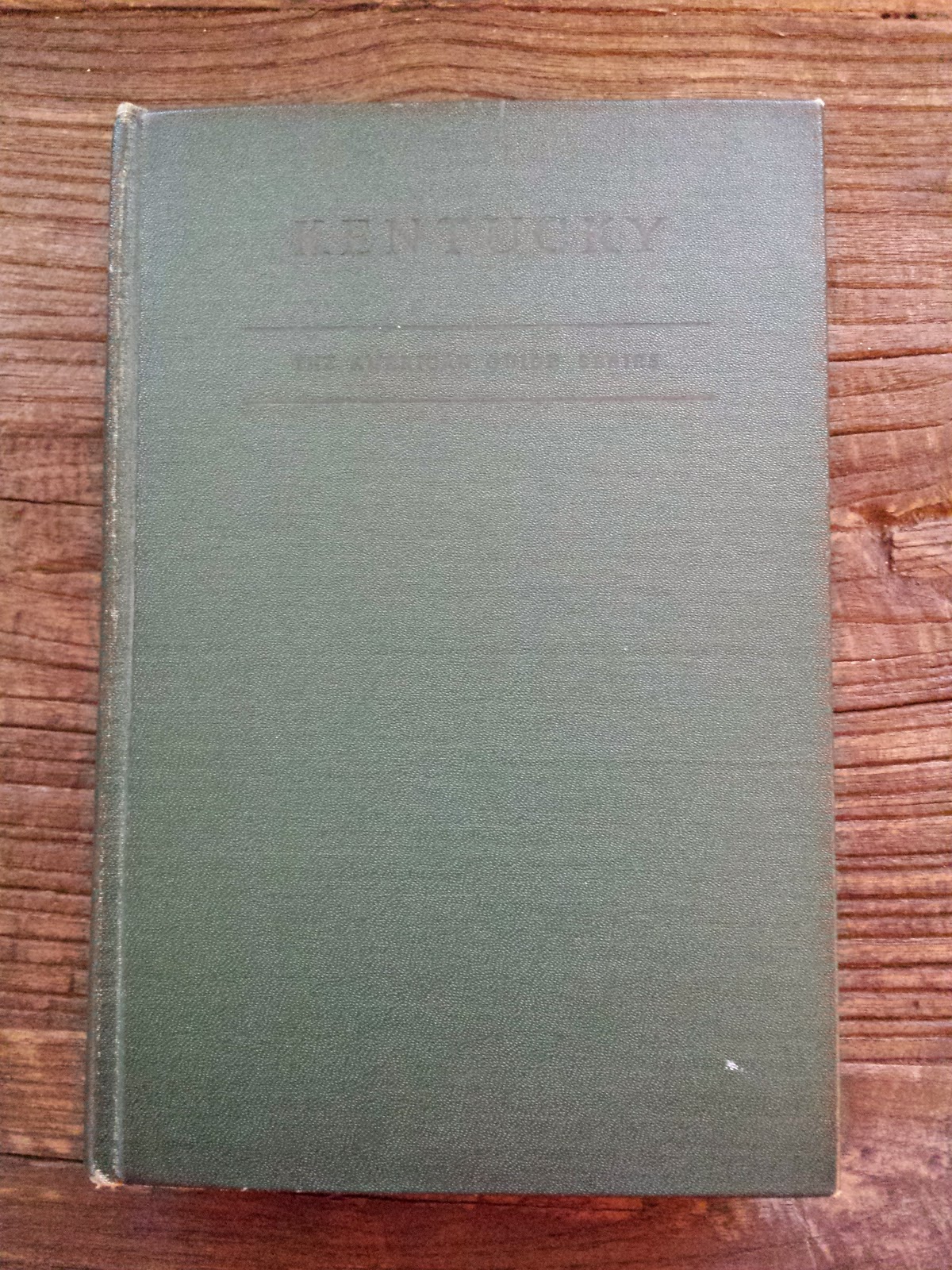 In 1935, to provide jobs for out-of-work writers, teachers, historians, and librarians during the Great Depression, the Federal Writers' Project was created as part of the Work Project Administration. Known for its American Guide Series, its aim was to provide a guide to every state in America including its history, folklore, guides to cities and town, landmarks, and routed automobile tours.

I happen to have one of these books for the Commonwealth of Kentucky. Its copyright date is 1939. What makes me happy to have it sitting on my shelf, is that it is inscribed to my grandfather by Dr. U.R. Bell, the state director of the project. The date of the inscription is December 3, 1939. 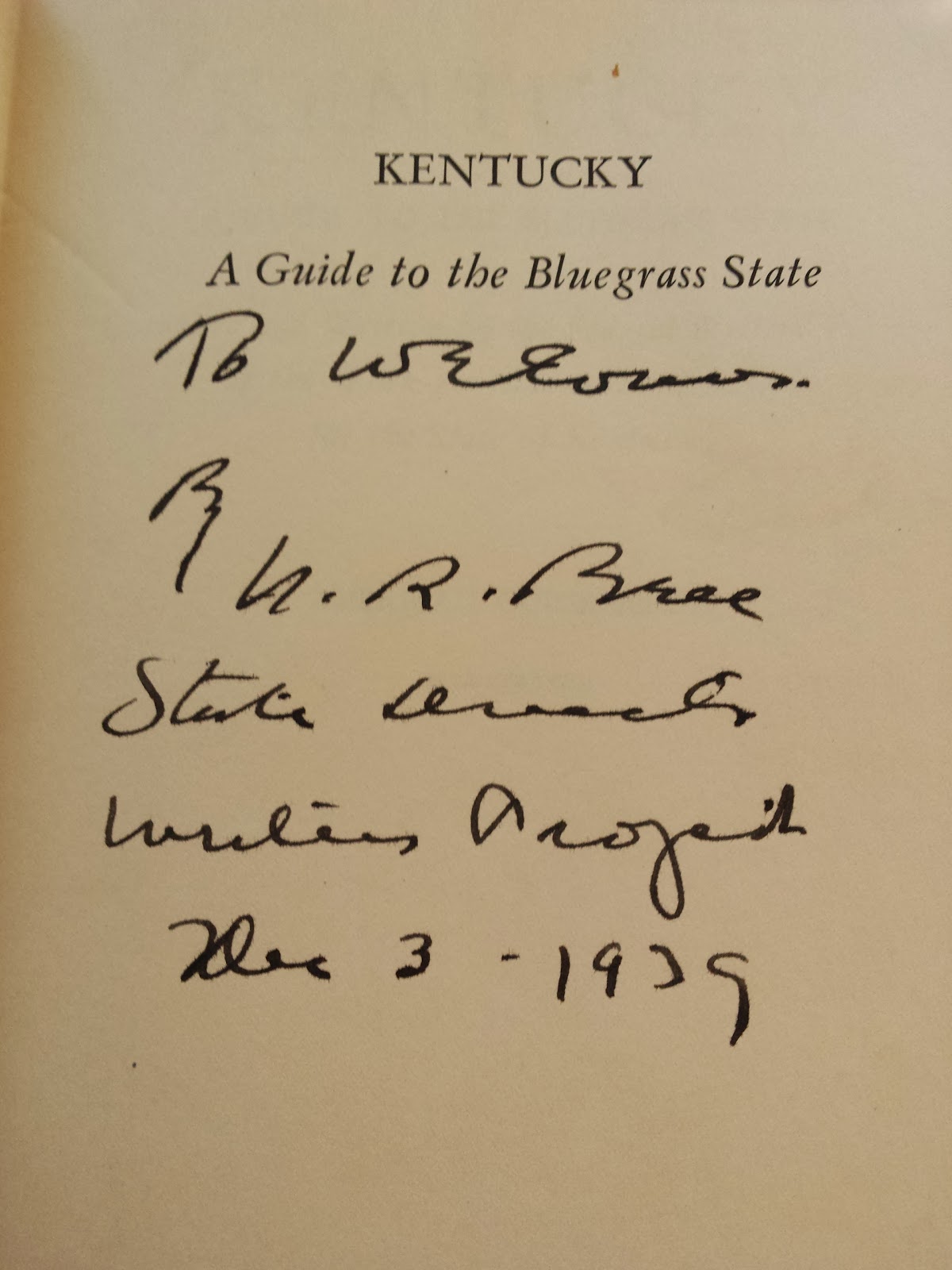 Inscription to my grandfather, W.E. Evans.

Between its dark green covers are 500 pages containing a mix of essays and maps, statistics and history. The first section looks at the general background and history of Kentucky including agriculture, transportation, the Negro, religion, education, folklore and music, press and radio, and the Arts.

Seven cities are spotlighted in the second section: Ashland, Covington, Frankfort, Harrodsburg, Louisville, Lexington, and Paducah. At the beginning of each city's section vital statistics are listed. About Louisville, for example, note is made of: the two railroad stations and the location of their ticket offices; the one airport; the fact that there are separate taxi systems for white and Negro patrons; a warning that traffic regulations are strictly enforced; that there are forty-one hotels for travelers; and that there are daily steamer excursions up the Ohio River.

A history of the city follows along with mention of some of its notable residents - sculptor Enid Yandell, authors Alice Hegan Rice and Mrs. George Madden Martin,  Supreme Court Judge Louis Brandeis, and that bird fellow, John James Audubon.

Each of the city sections has a list of points of interest, a map, and a guided tour through its neighborhoods.

The final part of the book - titled Highways and Biways - takes the reader from city to town and through villages and crossroads of the state. 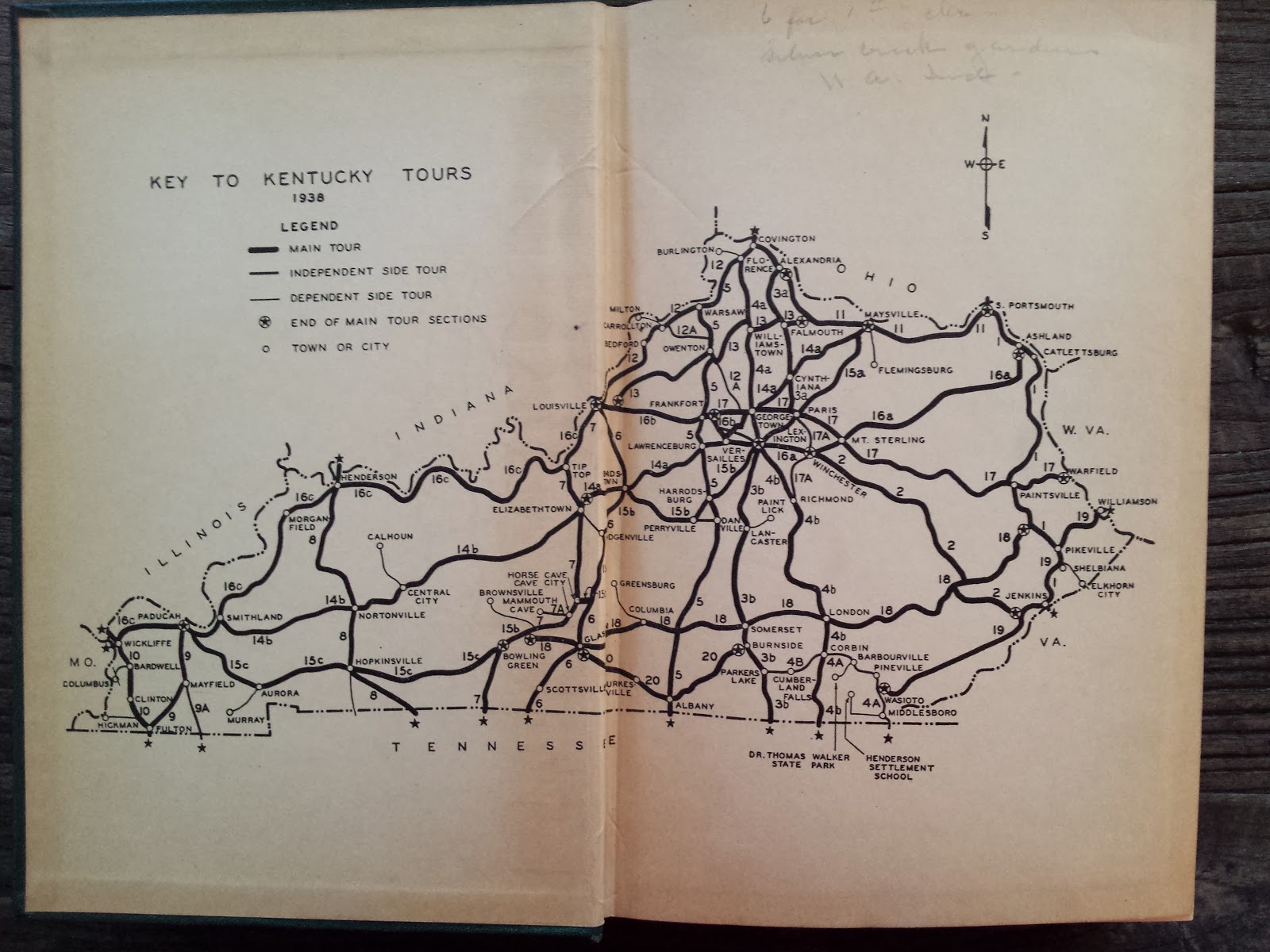 Legend of the state tours
included in the guide.


There is a historical chronology beginning with 1584, a selective bibliography, an index, and over 65 lovely black and white photographs of buildings, colleges, churches, homes, and natural scenes in the state. 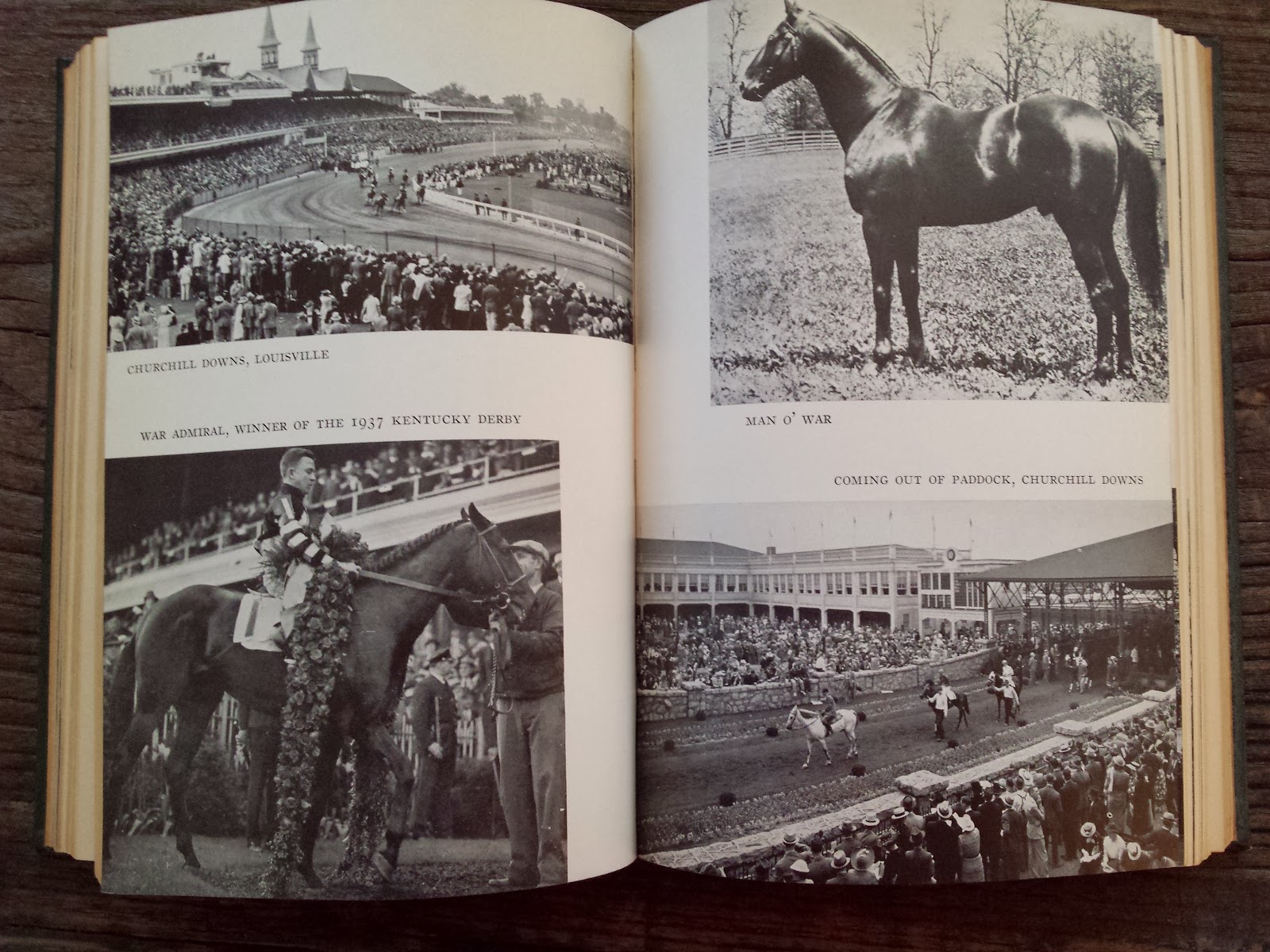 
An envelope on the inside back cover contains a large, hand-drawn, foldout transportation map of the state as of 1938. One side shows the railroad, the bus, and the air line routes. The other side is a road map with points of interest and state parks noted.

As to why my grandfather was presented with this personally inscribed copy, I really don't know. He was a civil engineer and at one time worked for L&N Railroad. Perhaps he helped gather or provided information for the book. Unfortunately, there is no one left in the family from that era to ask.

This book is quite fascinating. I have barely dipped into this treasure trove of information about my home state. Have you ever come across one of these Federal Writers' Project guides to your state?
Posted by Belle at 2:16 PM