How I Write: The Secret Lives of Authors Edited by Dan Crowe and Philip Ottermann 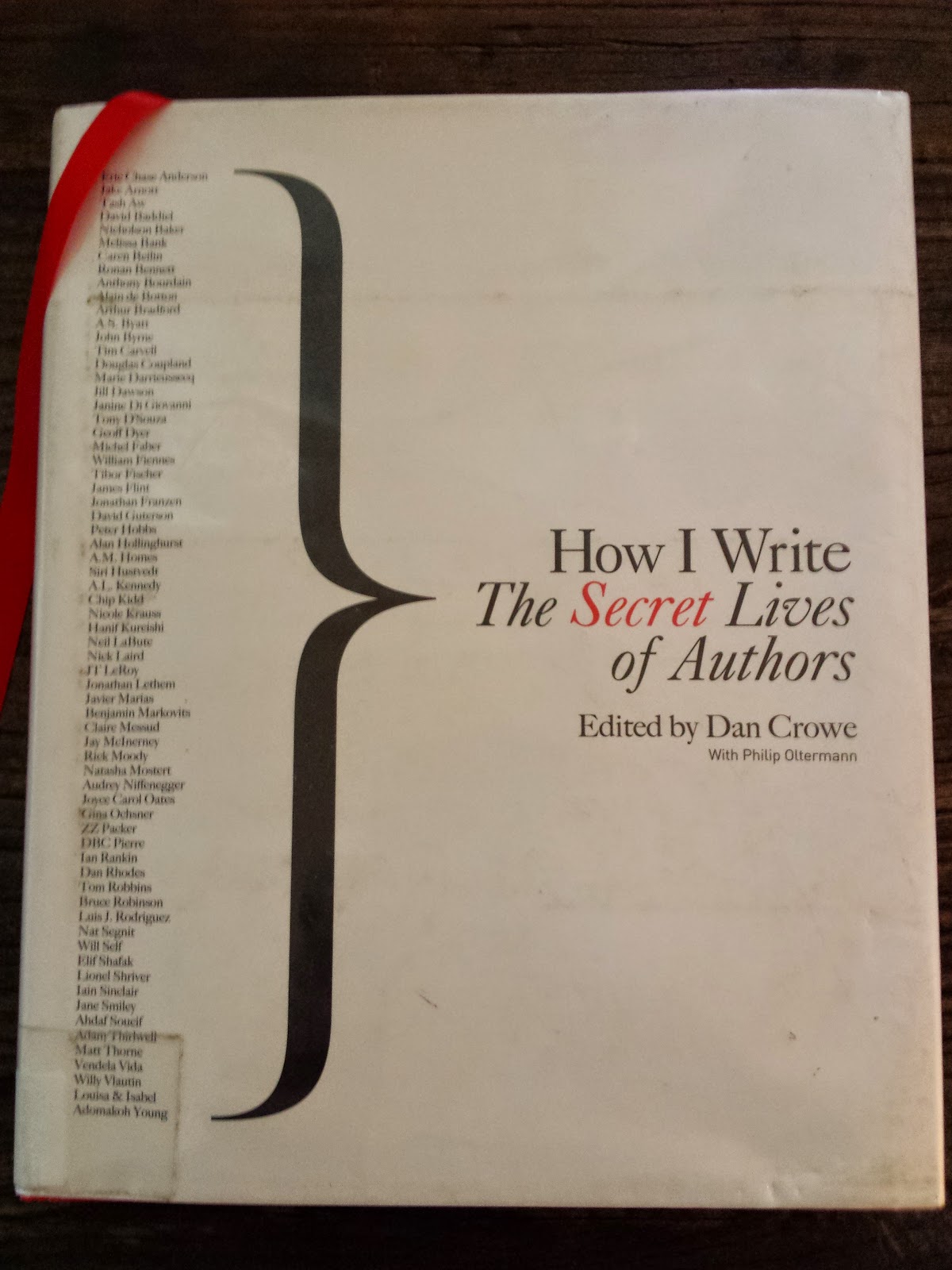 So many of us Bookish Ones love to read about writers and catch glimpses of the places they work. We want to make pilgrimages to their homes and visit literary sites. We wish to stand next to a favorite writer's desk. Browse his bookshelves. Breathe in the atmosphere of the room where she created.

I have written before on books that feature writers and their desks: The Writer's Desk (here) and Writers of the American South (here).

But this book, How I Write: The Secret Lives of Authors edited by Dan Crowe and Philip Ottermann, is a closeup look at what objects authors keep on their desks or in their studies or on their walls that spur their creativity. It is about the talismans they hold close at hand for inspiration...or luck.

The editors asked sixty-seven writers to respond to the following question:

Can you think for a minute about which object, picture, or
document in your study reveals most about the
relationship between living and writing, and then
send it to us?

What the editors ended up with, and what are presented in such an attractive, graphically-designed book, are short vignettes written by the individual writers musing on their choices.

For Alain de Botton it is his entire desk that runs along two walls of his office in London and is "a good five meters of solid Canadian oak." The size, he writes, enables him to spread and pile books and papers without "generating a feeling of chaos."

American novelist and essayist Siri Hustvedt writes about the metal ring of seven keys containing the label "unknown keys" written in her father's hand. They are a reminder not only of her father but of the act of unlocking the "dream spaces of fiction."

British novelist and journalist Will Self  jots down ideas, observations, and bits of dialogue on yellow Post-it notes and sticks them on the wall. Notice the plural. The accompanying photo in the book shows not just one or two, but hundreds of the little yellow squares covering his study walls.

Audrey Niffenegger (The Time Traveler's Wife) keeps on her desk a small, white plaster saint's head that she bought in San Francisco. It reminds her "to believe that eventually the words will come out right." Joyce Carol Oates writes that she is surrounded by numerous works of art in her study. Her favorite piece, though, is the above portrait of her that was done by Gloria Vanderbilt.

Oh, this is an extremely fascinating book. It doesn't matter that I am not familiar with all of the authors as each story is a treat to read. The photos and graphics leave no question that creativity abounds not only with the authors writing about their inspiring bits and bobs but also with the designers of the book.

I have already paged through the volume many times and tend to dip in and out of it. It comes with its own red ribbon bookmark which is helpful for these random readings. I still have two more renewals before my library will call it back home. The book appears to be out of print but, as always, it is available somewhere online or maybe I will be lucky enough to find it at a secondhand book shop.
Posted by Belle at 7:32 PM