Listen to the Warm: A Farewell to Rod McKuen 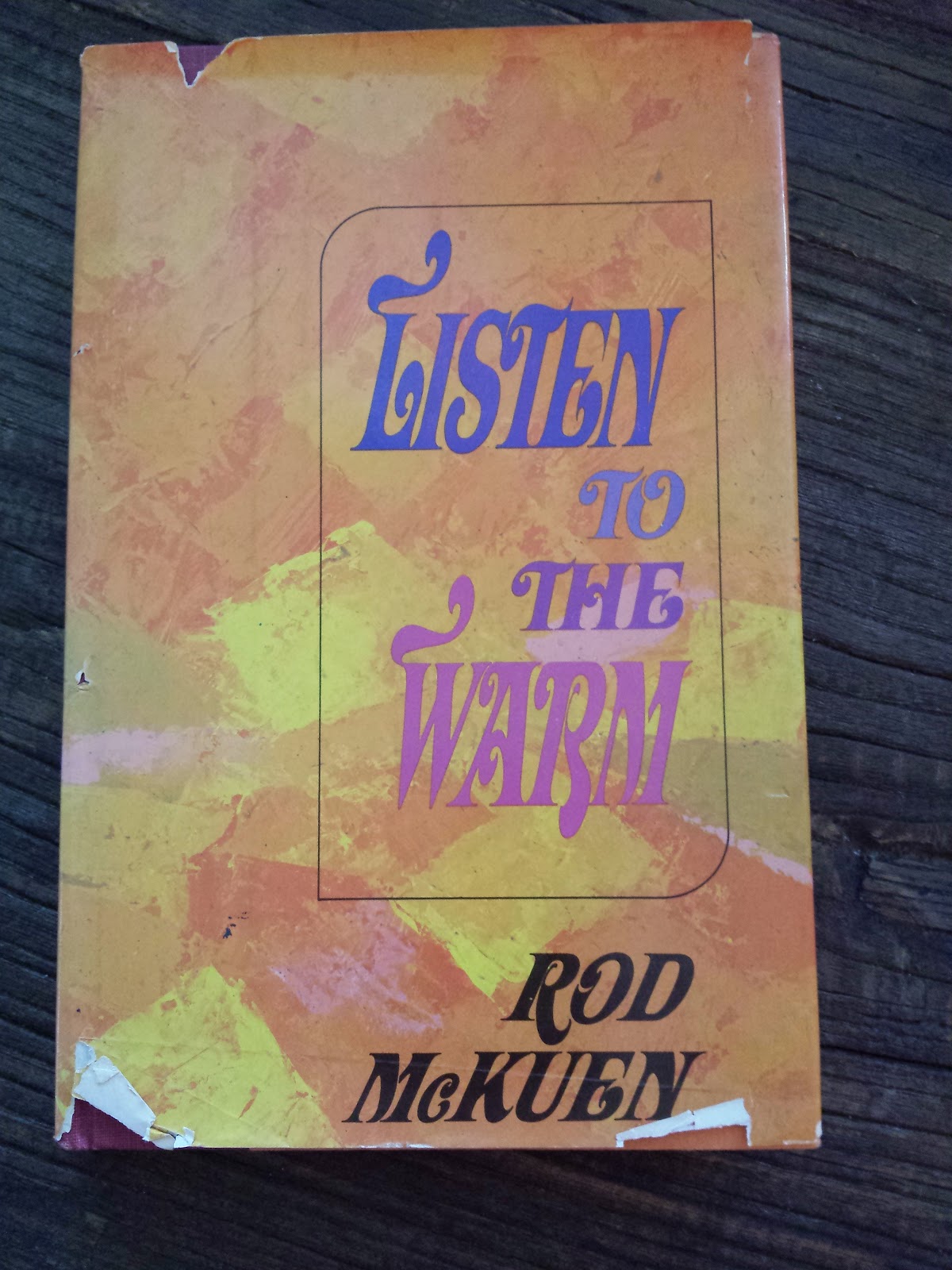 Nineteen sixty-eight was a difficult year in America. We were fighting in Vietnam. Robert Kennedy and Martin Luther King, Jr. were both assassinated within two months of each other. Race riots erupted in the streets. The Democratic National Convention in Chicago was the scene of violent clashes between the police and anti-war demonstrators.

And yet, an American poet named Rod McKuen was writing about love, the sound of rain, warm beaches, a cat named Sloopy, and meadows full of flowers. Upon hearing of his death at the age of 81 this past week, I revisited a book of his poems, Listen to the Warm. The book was given to me and inscribed by a friend with the date Christmas, 1968.

His poems and songs are part of my youth. Jean, written as the theme song for the movie adaption of Muriel Spark's novel The Prime of Miss Jean Brodie, is often an earworm - with its lyrics...Till the sheep in the valley come home my way, Till the stars fall around me and find me alone... that resounds in my thoughts at the oddest times.

A roommate and I often sighed the sighs of young heartbreak while listening over and over to a (vinyl!) recording of his translation from the French of the Jacques Brel song If You Go Away. This song has been recorded by so many including Frank Sinatra, Neil Diamond, and Dusty Springfield.

There was also many a night in those days in which I was lulled to sleep listening to The Sea, an album that included not only McKuen's husky voice reading his own poetry but the soothing sound effects of the ocean and the music of Anita Kerr and the San Sebastian Strings.

Perhaps, as some would later call him, Rod McKuen was the King of Kitsch and today some of his poems might seem too sweet and sentimental, but still his words were a part of my life and I wish him a fond farewell.


It happens just because we need
to want and to be wanted too,
when love is here or gone
to lie down in the darkness
and listen to the warm.
Posted by Belle at 7:32 PM

Email ThisBlogThis!Share to TwitterShare to FacebookShare to Pinterest
Labels: If You Go Away. Jean, Listen to the Warm, Rod McKuen, The Sea