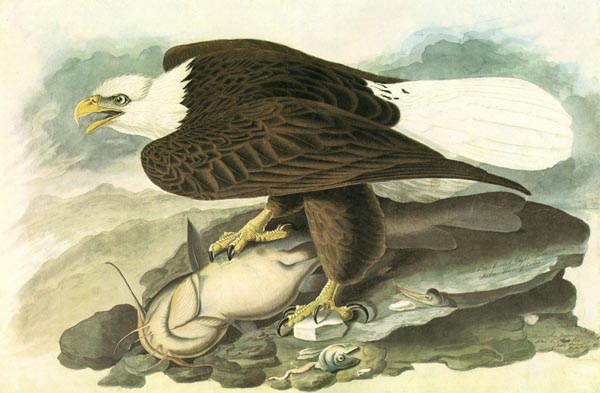 I don't have a book to write about this week unless you want to count John James Audubon's historic Birds of America.

I took a little trip to the John James Audubon State Park which houses the Audubon Museum and Nature Center in Henderson, Kentucky. Just a two hour drive...pleasant enough.

Mr. Audubon was an ornithologist, naturalist, and painter. He  lived from 1785 to 1851. He spent some time in Louisville and then moved on to Henderson where he spent nine years tracking down, sketching, and painting the birds in the forests and along the shores. I suppose even the little songbirds that lived in his own backyard posed for him as well.

Audubon moved around a lot in pursuit of his mission to capture on paper all the birds of America and in trying to keep his family afloat financially.  It wasn't until the years between 1827 and 1838 that he found a Scottish engraver to create the copperplates used to print his paintings. The printing was done on handmade paper that measured 39.5 by 28.5 inches.

The museum has a huge selection of his original drawings, paintings, copies of the four volume, double-elephant folio containing 435 life-size watercolors, and an interesting collection of memorabilia including a buckskin outfit that he must have worn when he was tromping about in the woods and the case he used to carry his brushes.

Visitors are not allowed to take photos in the museum or I could show you some of the items on display. But this isn't a stuffy place. It is also a learning center. There is an observation area where one can watch the birds in a afternoon feeding frenzy. There is a classroom with snakes and turtles and a tank with fish from the park's lake on display. It is all quite well done.

I was tempted by the books in the gift shop but kept my wallet in my pocket.  A courageous move on my part.

I did take a few photos which I will share with you below. 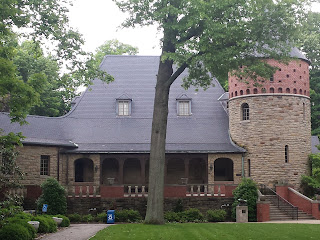 This is the French chateau-style museum. It was built in 1938 by workers in the Civilian Conservation Corp (CCC). 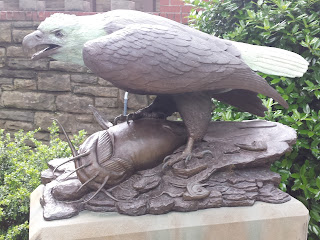 This fellow is the sculpture of Audubon's American Eagle
that greets visitors to the museum. 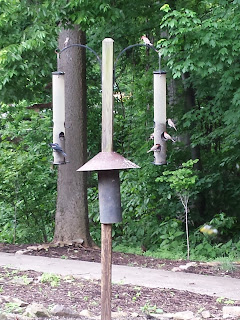 Here are a few of the little wrens feeding as seen from the observation room. There is a sound system that let's you hear the gushing stream outside and the birdsongs.
Posted by Belle at 10:17 PM