Here is a brief roundup of what I have been reading.

My current read
The Second Rule of Ten by Gay Hendricks and Tinker Lindsay
I was just recently introduced to private detective Tenzing Norbu. In this second mystery (I wrote about the first one here), Ten investigates the death of a controversial Hollywood producer - because, of course, this is California. I like Ten and his efforts to balance his profession with his upbringing in a Tibetan monastery. 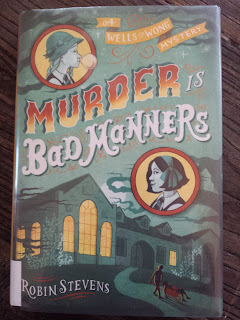 My last read
Murder is Bad Manners by Robin Stevens
The action in this young adult mystery takes place at a British boarding school in 1934. The two protagonists, Daisy Wells from England and Hazel Wong from Hong Kong, form a detective agency and collect clues and sort through motives after the death of a teacher in the school. Nothing here to make one cringe - except for the discovery of the dead body, of course. A fun read.


A quick one in between
The Mistletoe Murder and Other Stories by P.D. James
Short stories of murder and mayhem from a favorite author. Two of them feature a young Adam Dalgleish and all are elegantly written. My only regret is that there were only four in this collection.


The one before that
Knots and Crosses by Ian Rankin
This is the introduction to Inspector John Rebus, Edinburgh's (literally) tortured detective. He is on the hunt for a killer who leaves clues that John can't quite understand. But when he catches on, there is hell to pay. Not sure I want to be John's friend, but may try book number two in this popular series. 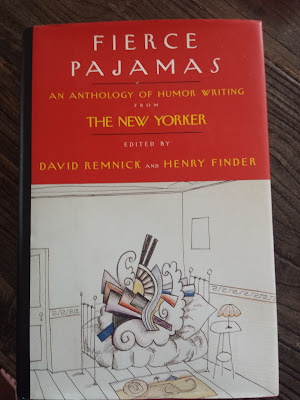 Latest purchase
Fierce Pajamas: An Anthology of Humor Writing from The New Yorker
In a continued effort to keep my spirits up, I couldn't resist this find at a local used book store. One glance at the table of contents and I spotted the names E.B. White, James Thurber, Robert Benchley, and Dorothy Parker. Oh, and Groucho Marx. Groucho Marx?!

Had to have it. A volume to dip into when spirits dip.

What books are in your round up?
Posted by Belle at 9:44 PM