It won't surprise you to know that I wasn't in New Harmony, Indiana for twenty-four hours and I had already purchased five books. Three vintage books that I found in a booth in a small antique mall (everything is small in New Harmony); and two new ones that I came across at a lovely shop called The Mews that
offers clothing, jewelry, books, home accessories, handbags, gourmet jams and jellies, all displayed in a warren of cheerful rooms.


Although I read many Nancy Drew mysteries in my younger days, I didn't own a single copy of one...until now. This one has a copyright date of 1959 which is when the character and stories underwent a major revision and modernization from the ones first published in the 1930s and '40s.

Calligraphy is my newest interest and I was happy to find this book with a publication date of 1980. It not only gives instructions on forming the letters of five different styles but also projects using those 'hands': bookplates and stationery being especially appealing to me.

I was delighted to find this hand-sized book - copyright 1900 - by the MacMillian Company which it published as part of its Pocket American and English Classics series. It contains the well-known stories of Rip Van Winkle and the Headless Horseman of Sleepy Hollow. It also holds Irving's comments on his first voyage to England in 1804 and the many literary excursions and meetings he had there. There is a highly amusing story, "The Art of Book-making", in which he discovers a room in the British Library where "studious personages" are borrowing from or copying the works of ancient authors and in his words "manufacturing books".

To wit:
What was formerly a ponderous history revives in the shape of a romance, an old legend changes into a modern play, and a somber philosophical treatise furnishes the body for a whole series of bouncing and sparkling essays.


The first of the new books: Daily Buddhist inspirations taken from the works of The Dalai Lama, Thich Nhat Hanh, Lama Zopa Rinpoche, and others whose names I cannot pronounce but whose words are beautiful.

Normally, I might not have been attracted by a book such as this, but thought it might help assuage the heartbreak on the recent death of my nephew. It contains short poems and comforting thoughts by a variety of writers. I am glad I found it.
Posted by Belle at 12:31 PM 16 comments:

I cannot even write this without weeping. I have not been present here at Belle, Book, and Candle due to the death a week ago of my 30-year old nephew Bryan. He was killed in an automobile accident in Charlotte, North Carolina where he lived with his parents (my brother and his wife) while he finished up his college education.


After high school, Bryan served four years with the U.S. Coast Guard and then joined the Air National Guard. He was extremely proud of his military service.

He loved movies and would watch his favorites over and over. He often entertained me by quoting entire scenes of dialogue and one-line zingers from so many films. He enjoyed music and had been in his high school chorus. One year he performed with the group in the Macy's Thanksgiving Day parade.  His fondness for animals led to his bringing home many stray cats to care for...often to the chagrin of his parents.

As you might imagine, this has been an extremely difficult and heartbreaking time for those of us who knew and loved Bryan.

This week, I am spending private time in New Harmony, Indiana. Last month, I had arranged to rent a cottage in this historic place that is hardly more than a village. It was founded as a Utopian community in the early 1800s. There are many quiet gardens and spots to rest and reflect here.

All I hear from my seat on the cottage's screened in porch are birdsong and the soothing sound of a nearby church bell chiming the hours away.

It is the perfect place to try and begin life again without our sweet, sweet Bryan.
Posted by Belle at 7:36 PM 18 comments:

Email ThisBlogThis!Share to TwitterShare to FacebookShare to Pinterest
Labels: Bryan

Just for fun, here are a couple of links to some bookish things that are practical and pretty.

Bookplates: I love this art nouveau one from Etsy seller cricicis.

Book bags: I have many totes but may have to add this one by Etsy seller jenhewett to my collection. The gold on gray is stunning.

I have been doing a bit of Spring Uncluttering and Rearranging this past week and it has come to my attention that the books are taking over!

It is getting harder and harder to find places on my shelves for the strays that find their way onto side tables, chair seats, and into bags on the floor.

I try to keep my collection pretty much corralled on three shelving units. You can see them here at my contribution to Danielle's Lost in the Stacks which ran about a year ago. Believe me, the shelves are much fuller now.

Not that this abundance is a bad thing, but I do like my space to be tidy. And it gets harder and harder to part with books as my library is pretty much filled with ones that hold some sort of sentimental value for me - either because they come from my family library or they were purchased on a trip. And some I just simply want to keep.

I will have to be ruthless!

Perhaps I should have another Belle's Book Giveaway.

Or maybe I could just build more shelves...

What has been occupying your time now that Spring is here?
Posted by Belle at 2:12 PM 5 comments:

Email ThisBlogThis!Share to TwitterShare to FacebookShare to Pinterest
Labels: book abundance, Lost in the Stacks, Spring cleaning, uncluttering and rearranging

For the past three-plus years I have attended a once-a-week yoga class. Not the hot and sweaty, downward dog type of class, but a gentle yoga workout that focuses on breathing, flexibility, and strength.

The class is made up of women of a certain age - although the occasional man does show up. It is a small group, perhaps six or seven regulars, and we are all just trying to stay limber and balanced.

I am not one for group workouts, but I enjoy this class, rarely miss it, and have seen some healthful changes in all parts of my life. The instructor is calm and soft-spoken and I trust her.

So I was attracted to a small book on the library's New Book shelf: Yoga Sparks - 108 Easy Practices for Stress Relief in a Minute of Less. It is written by Carol Kurcoff, a yoga therapist at Duke Integrative Medicine in Durham, North Carolina.  Her book incorporates not only physical Sparks - simple poses that can be done anywhere from at your desk to in your car to standing at the kitchen sink - but spiritual and mental practices as well.

There are five main sections outlining practices that can be performed: Anywhere, Around the House, At Work, On the Go, and With Others.

Within each section are the Sparks that focus on four aspects of yoga practice: Posture (with helpful drawings), Breathing, Meditation, and Principles. So not only did I learn a few new stretching poses, but I also got tips on deep abdominal breathing to relieve stress, how to still my mind (I need a lot of work on that one!), and thoughts on the ethical and moral values in the yoga tradition.


I was delighted with this book. It reinforces some of the techniques that I have learned in the class and offers some new poses. The author is clear with her instructions and encouraging with her words so it is perfect whether you are a beginner or have been going to formal classes for some time. I have already added some of her practices to my own daily round.

No special clothing or yoga mat needed.
Posted by Belle at 12:53 PM 10 comments:

This is a report on a couple of books I finished this week.


Dave Barry's Greatest Hits - As I knew it would be, this is a hoot. It contains a collection of columns Barry wrote for the Miami Herald and was published in 1988. Barry offers his bizarro thoughts on a wide variety of topics from a review of his son's kindergarten play "The Cave Man" to pot shots taken at Reagan, Oliver North, television evangelists, and dinosaurs. He is a funny, funny man.

Diamond Dust - Another mystery starring Bath's most famous murder investigator Peter Diamond. I love this series written by Peter Lovesey. In this, the seventh, someone very close to DS Diamond is murdered. As he is not allowed to be involved in the formal investigation - he is even considered a suspect - he has to conduct his own unofficial inquiry into the crime. 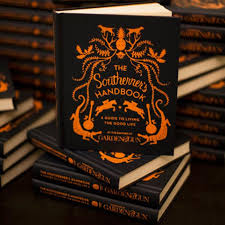 The Southerner's Handbook - A couple of years ago I was spending a quiet weekend at a fine old hotel, the Beaumont Inn, in Harrodsburg, Kentucky. On the bedside table were copies of a magazine I had never heard of - Garden & Gun. I thought it an odd juxtaposition of subjects but found the publication to contain some finely written articles on Southern living.

This book is a collection of short essays on Living the Good Life put together by the editors of G&G. It is a delight and takes a look at the food and drink, style, sporting and adventure, homes and gardens, and arts and culture of the large area of the country that makes up The South. Here the genteel reader will learn how make Southern biscuits and gravy; how and when to wear seersucker; ways to collect mint Julep cups; how to get invited back as a house guest; the intricacies of college football rivalries; and, how to create a year round cutting garden. There is a laugh-out-loud ode to that iconic Southern libation, sweet tea (also known as hillbilly heroin!).

But best of all are instructions on how to stock your home library.
Here is the list of five essential Southern books according to Richard Howorth, founder and owner of Square Books in Oxford, Mississippi.

The Moviegoer (1961) by Walker Percy (I wrote about this one here.)

The Complete Stories (1971) by Flannery O'Connor

All God's Dangers: The Life of Nate Shaw (1974) by Theodore Rosengarten

Per chance, do any of these books grace your shelves?
Posted by Belle at 12:33 PM 4 comments: