In Which I Report on the Watercolor Traveler Workshop

The weekend's art workshop was Ab Fab. The instructor, Laurie Doctor, combined words and images and poetry and movement and it all came together in a Final Flourish with the completion of my two travel journals. 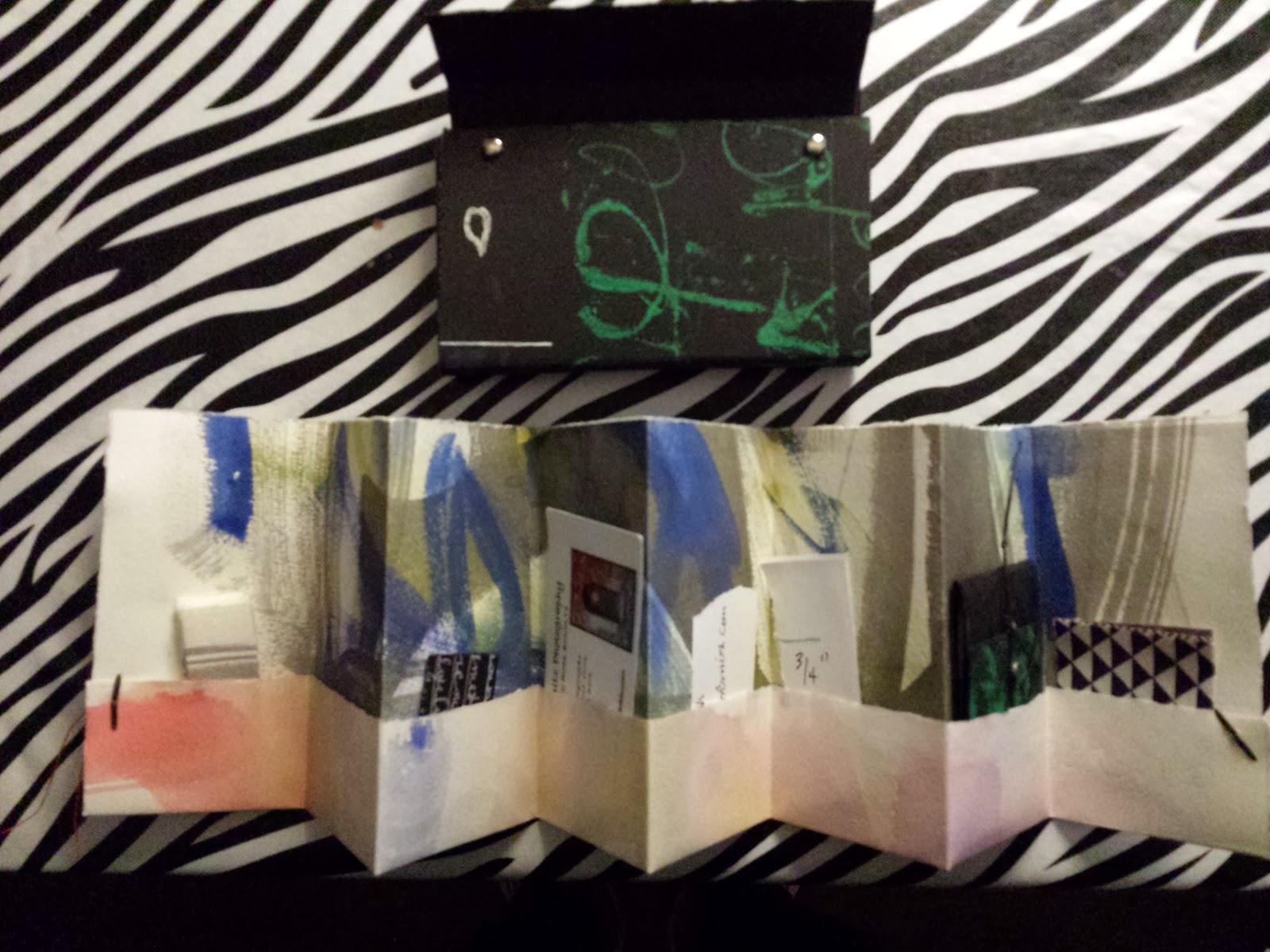 The pocket side of the journal of days and its carrying case.

One is a journal of days (above and below) with pockets for mementos picked up along the way. Perhaps carnets from the Paris Metro. Or a bright feather fallen from the sky in Santa Fe. I also made a case so I could carry this book with me. 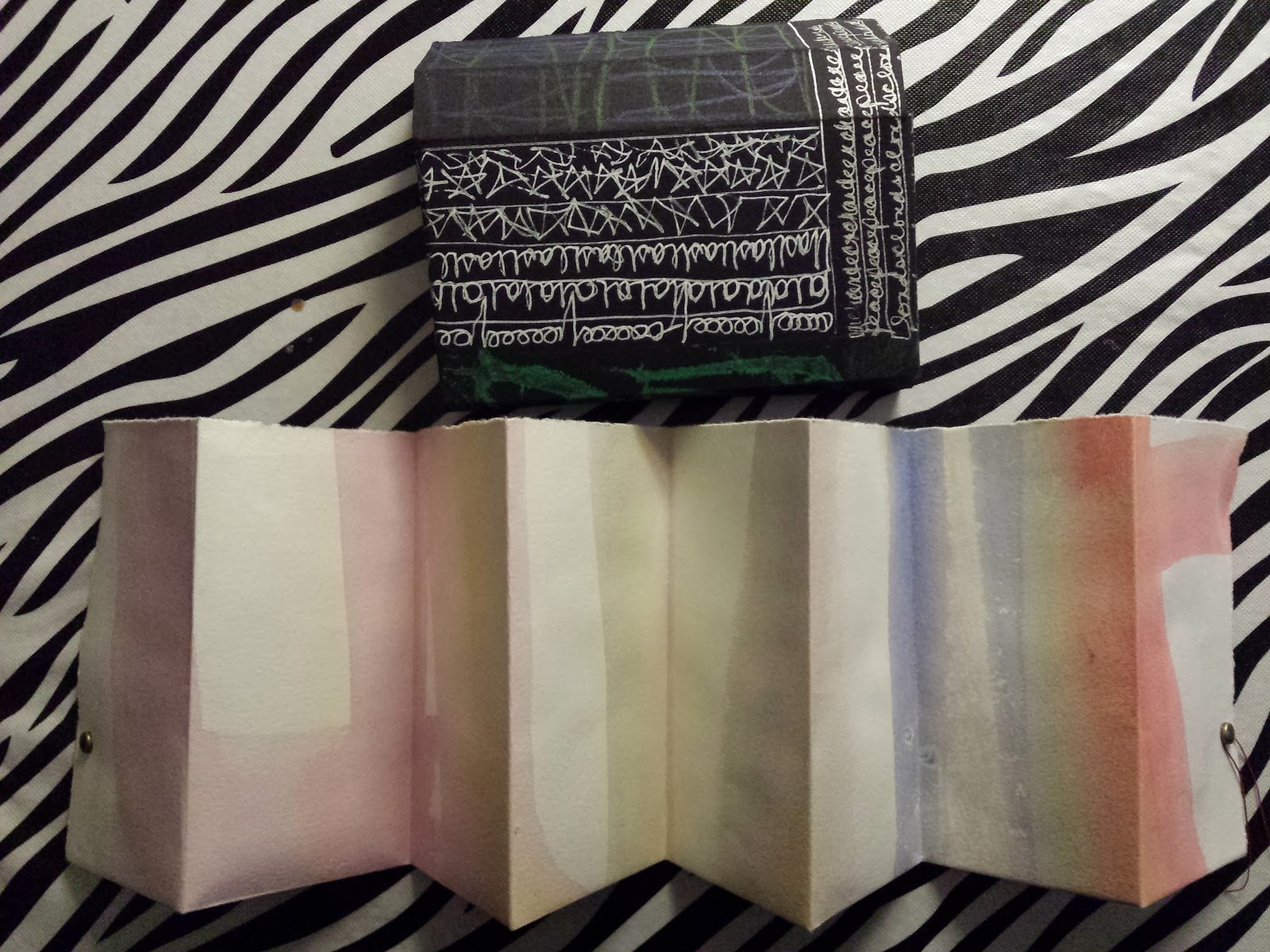 The other side of the journal and case.

The second  journal (below) has stitched together pages to gather notes and plans. Quotes and meditations. Sketches and watercolors. 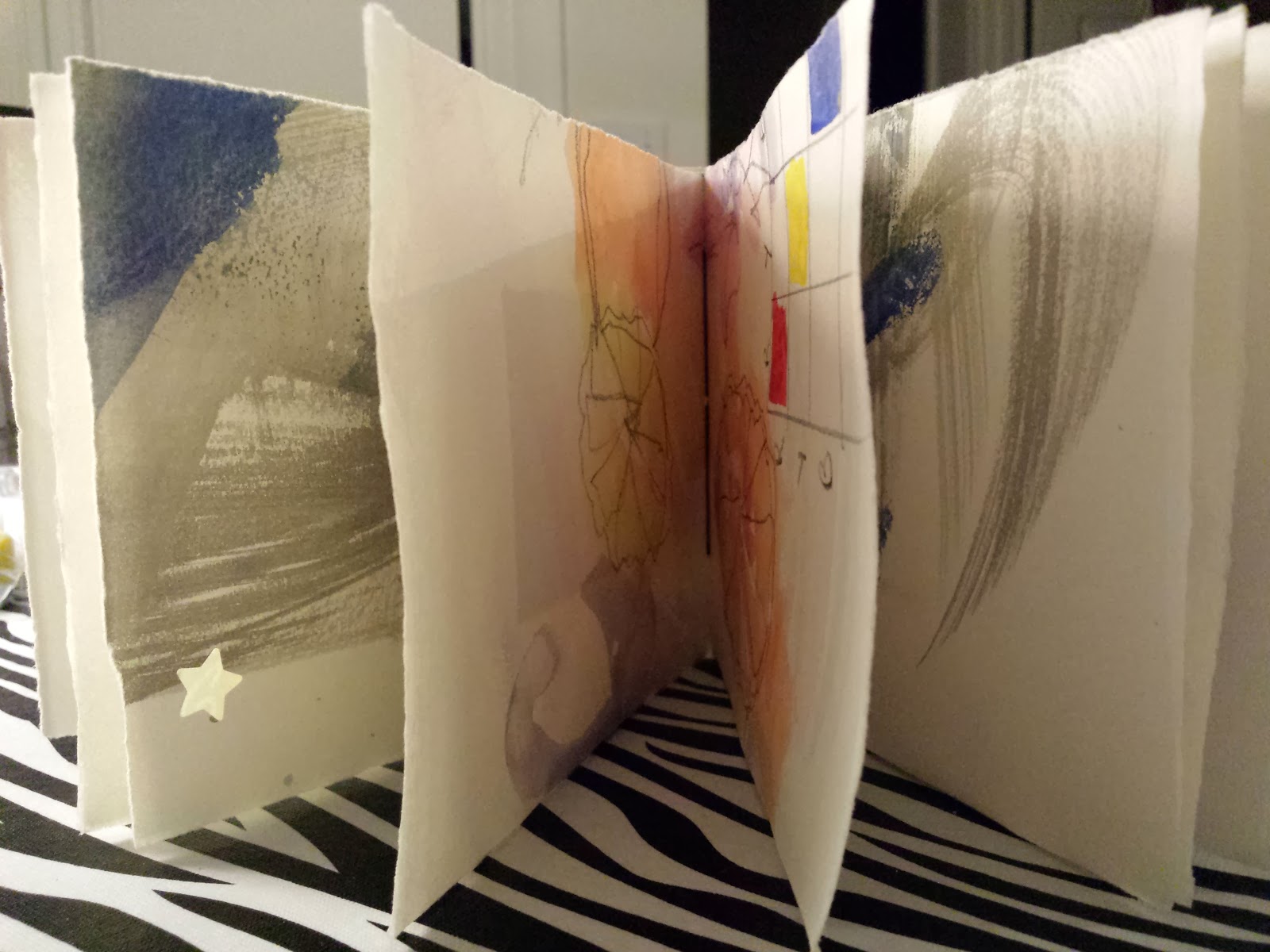 There are some blank pages in this one so I can keep playing with it.

There was quite a stream of creative juices flowing in the room of twelve artistes.

One woman, and I love this idea, had an on-going project of making a collage a day. She started doing this last January. She had come into a cache of discarded library catalog cards and was using them as her tiny canvases. Brilliant.

I asked to see these and she brought in her collection on the second day. On one side of a card were her collaged images of people or animals or machines or objects from nature. On the other side was the raw data about a book from that library's catalog.

(Of course this was a painful reminder that my own project of creating a card catalog of my library was languishing.)

If I thought there were going to be no words this weekend, I was wrong. Ms. Doctor read to us or mentioned poets William Stafford and Marie Howe. She read a bit to us from the book, Seven Nights by Jorges Luis Borges, a series of lectures he gave after he was appointed head of the Argentine National Library. He was blind by then and imagining Paradise as a kind of library.

I am still floating on a Creative Cloud.
Posted by Belle at 7:13 PM