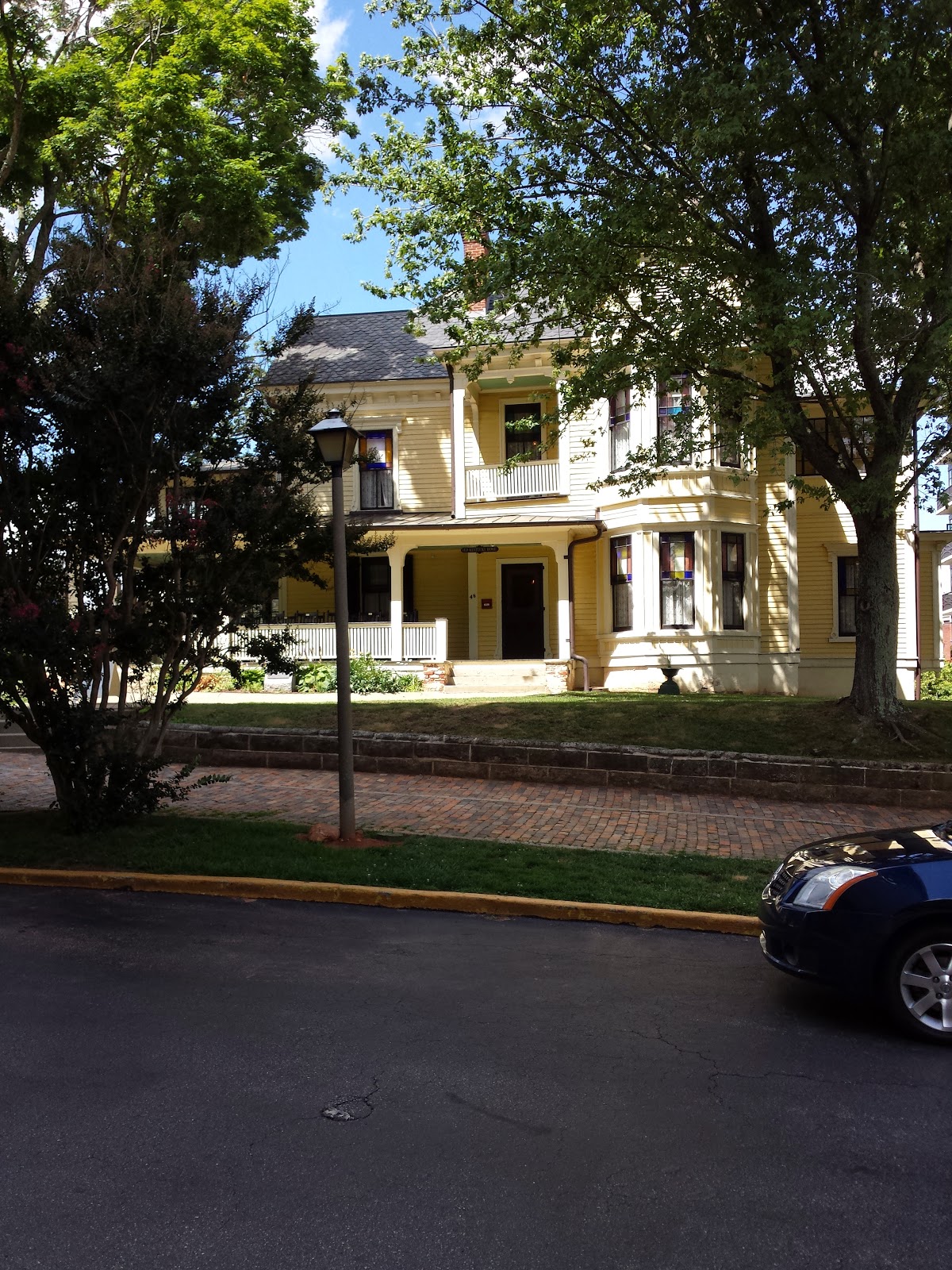 My time in Asheville, although short, was informative and relaxing. The weather was cool and clear; the Blue Ridge Mountains were blue, as promised; and I found two bookstores which always makes for a pleasant adventure.

Asheville is a very literary town although it is probably more well known for its painters, potters, weavers and other craft artists.

The highlight was a visit to the Thomas Wolfe House and Museum which was conveniently located right across the street from my hotel. I relished the entire experience from watching the 20-minute biographical film; strolling through the museum that plotted the author's short life (he died in 1938 just weeks short of his 38th birthday); and touring the house in which lived with his mother, Julia, who ran it as a boarding house.

I sat in one of the old-fashioned rocking chairs on the front porch as our tour guide, David, gave us an overview of Wolfe's life and the years spent living in the house known as the Old Kentucky Home. There were only two other folks on the early morning tour so the visit was quite leisurely and intimate.

We visited the small room off the kitchen that Wolfe's hard-working mother slept in. There were the grander first floor room of his father's; the small and large guest rooms; the dreary formal parlor at the front of the house; the lovely sun room that reminded me of my grandmother's house; and the dining room where the boarders ate three meals a day. 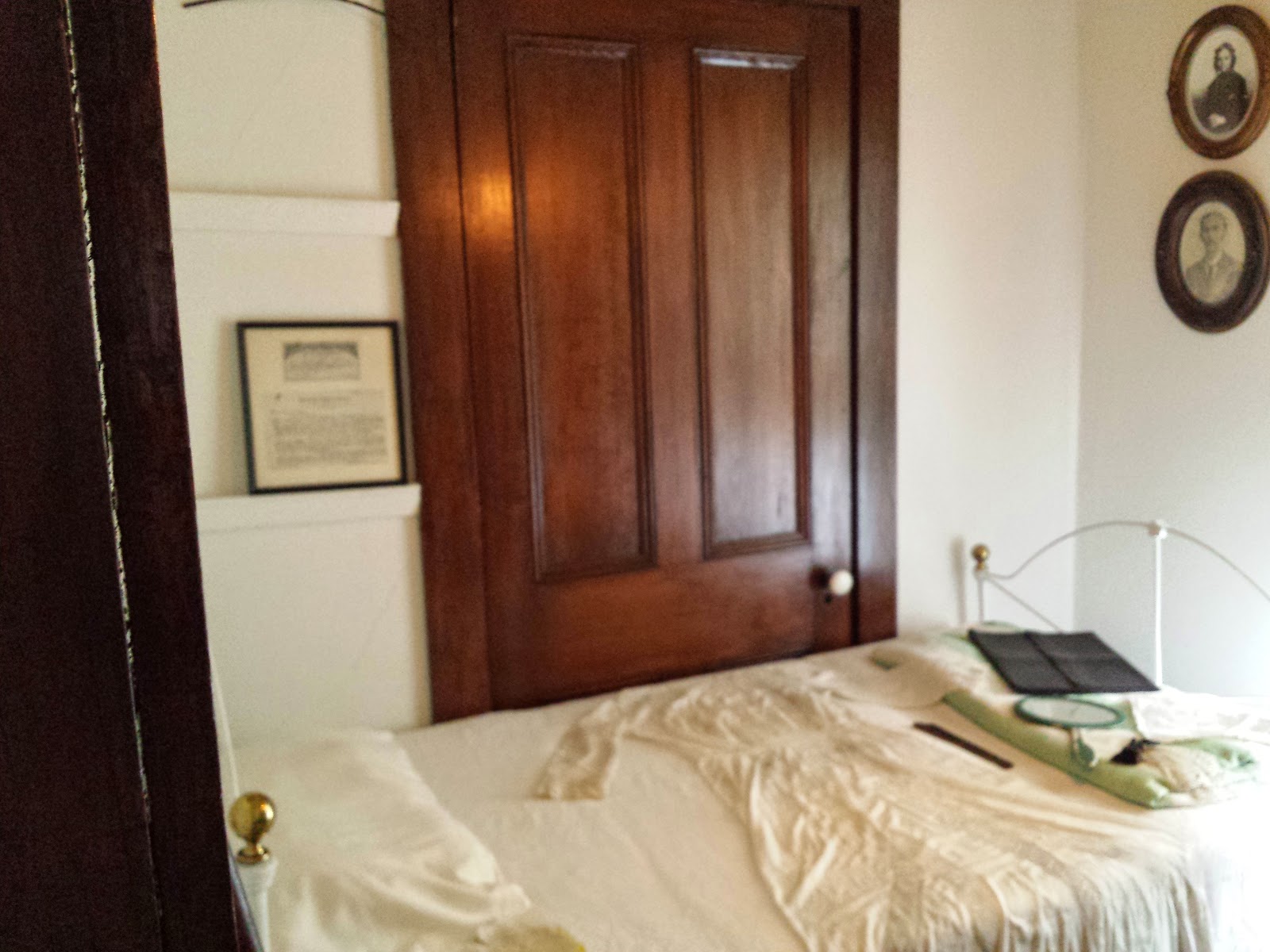 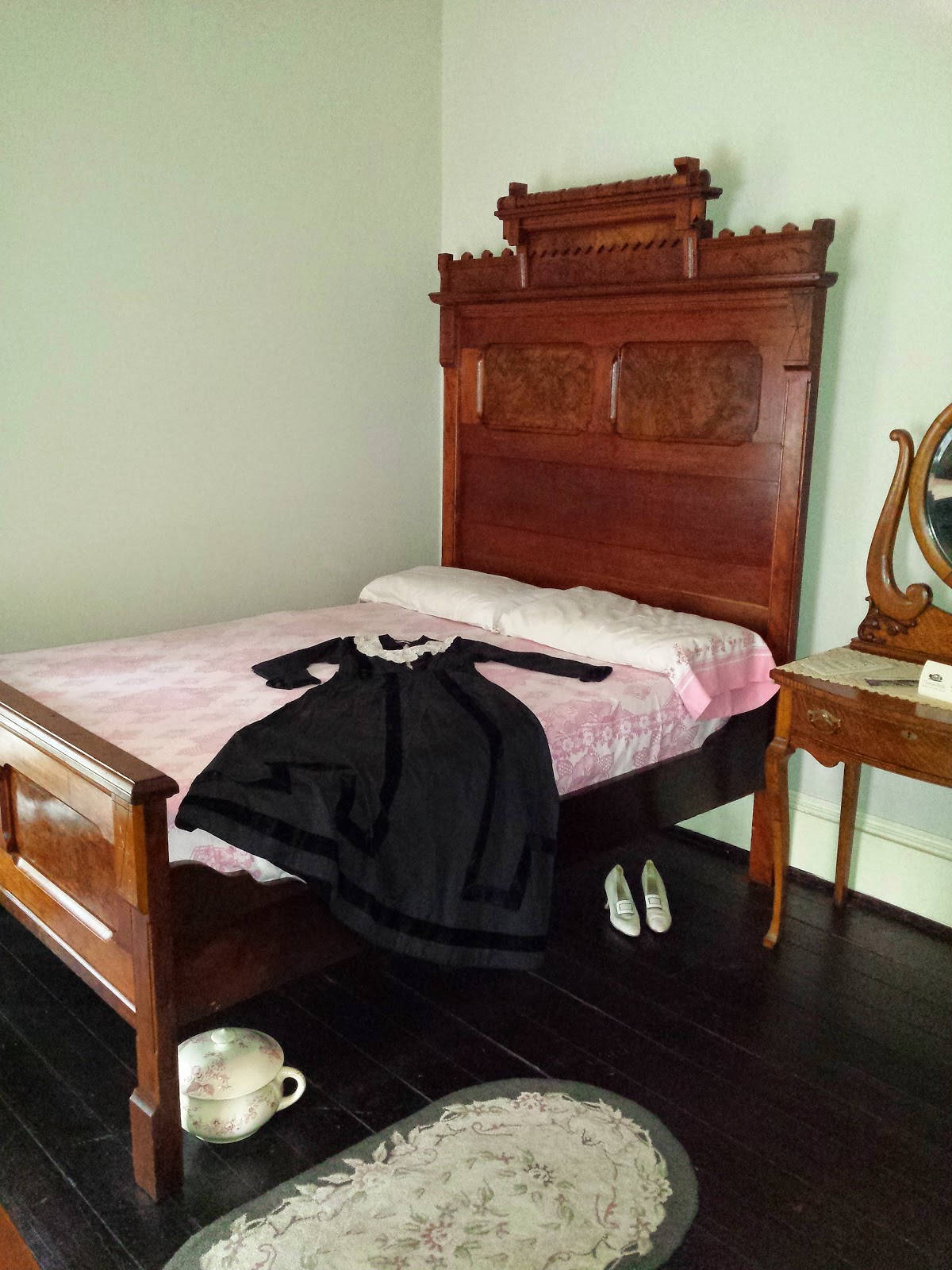 One of the nicer guest rooms. 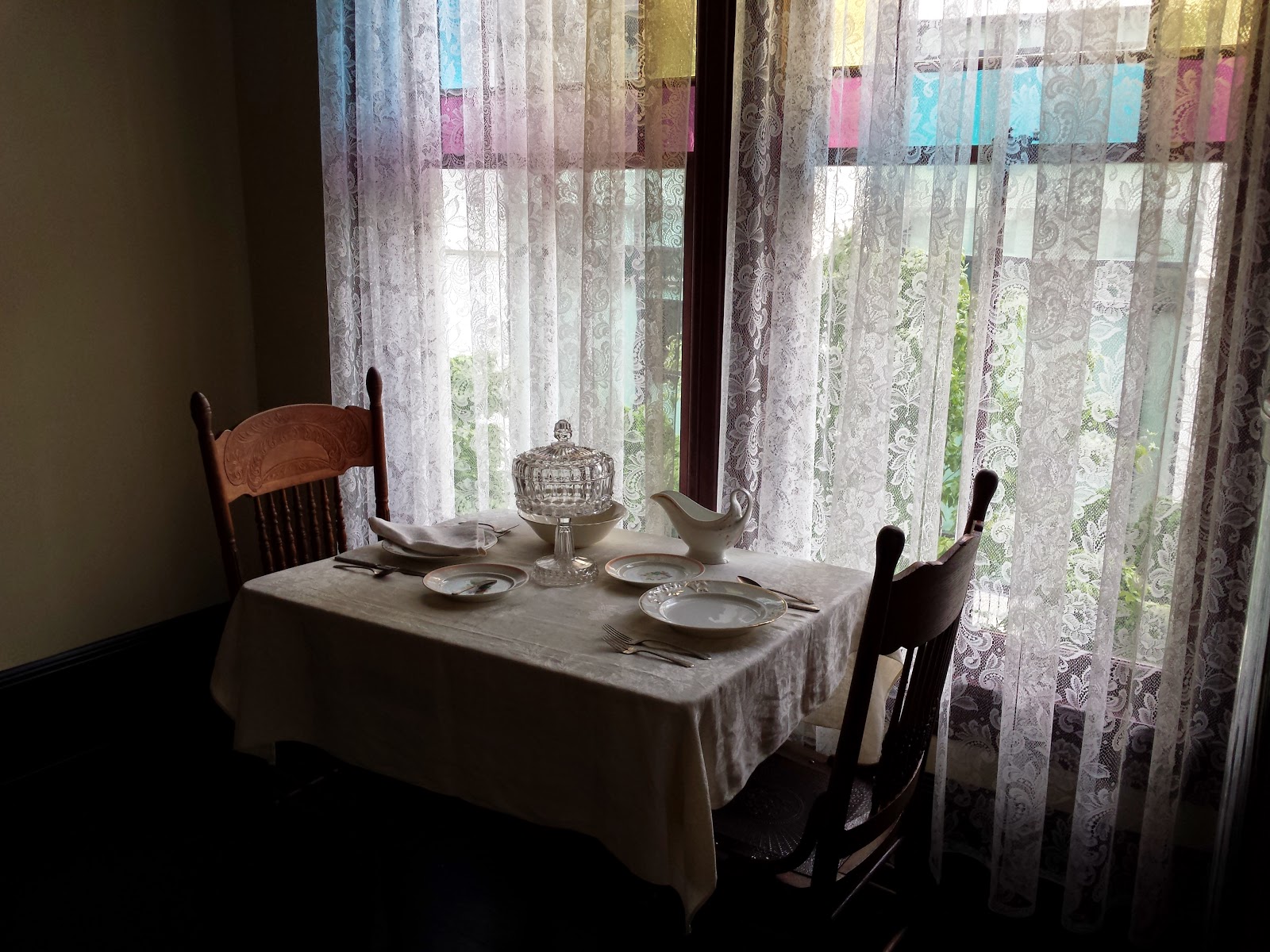 A lovely window seat in the dining room.

This house, of course, was the setting for Wolfe's autobiographical novel Look Homeward, Angel (1929). When it was published, the story made the people of Asheville furious. The tale exposed the somewhat trashy behavior of the citizens of this mountain town. The real adulterers, the alcoholics, the embezzlers were all easily identified and Thomas was not welcomed back to his hometown for many years.

While the house contained the prosaic furnishings of his years there, it was the museum, featuring the author's personal items that fascinated me. 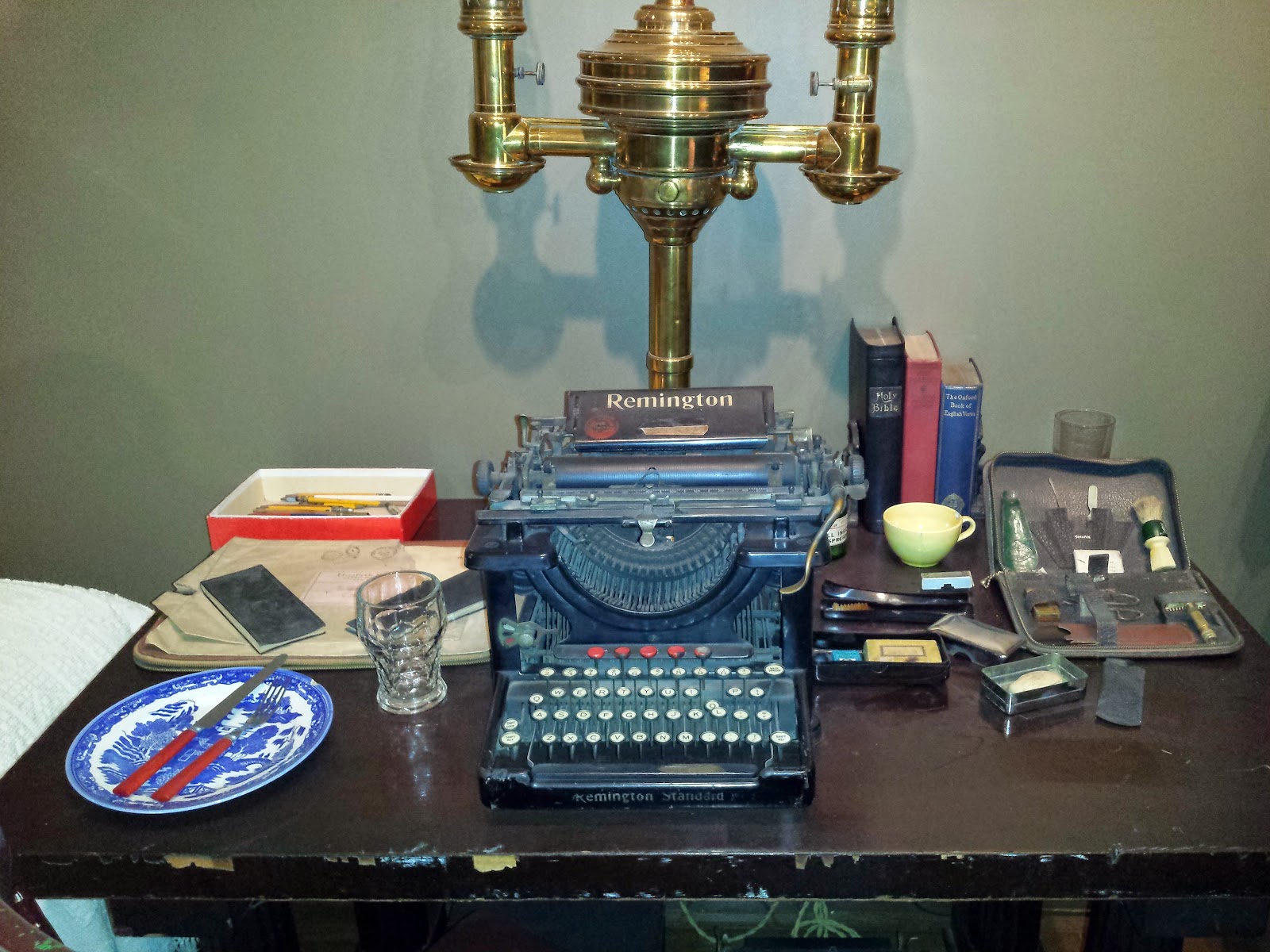 Wolfe's desk from his New York apartment. All items were
brought back to Asheville upon his death. 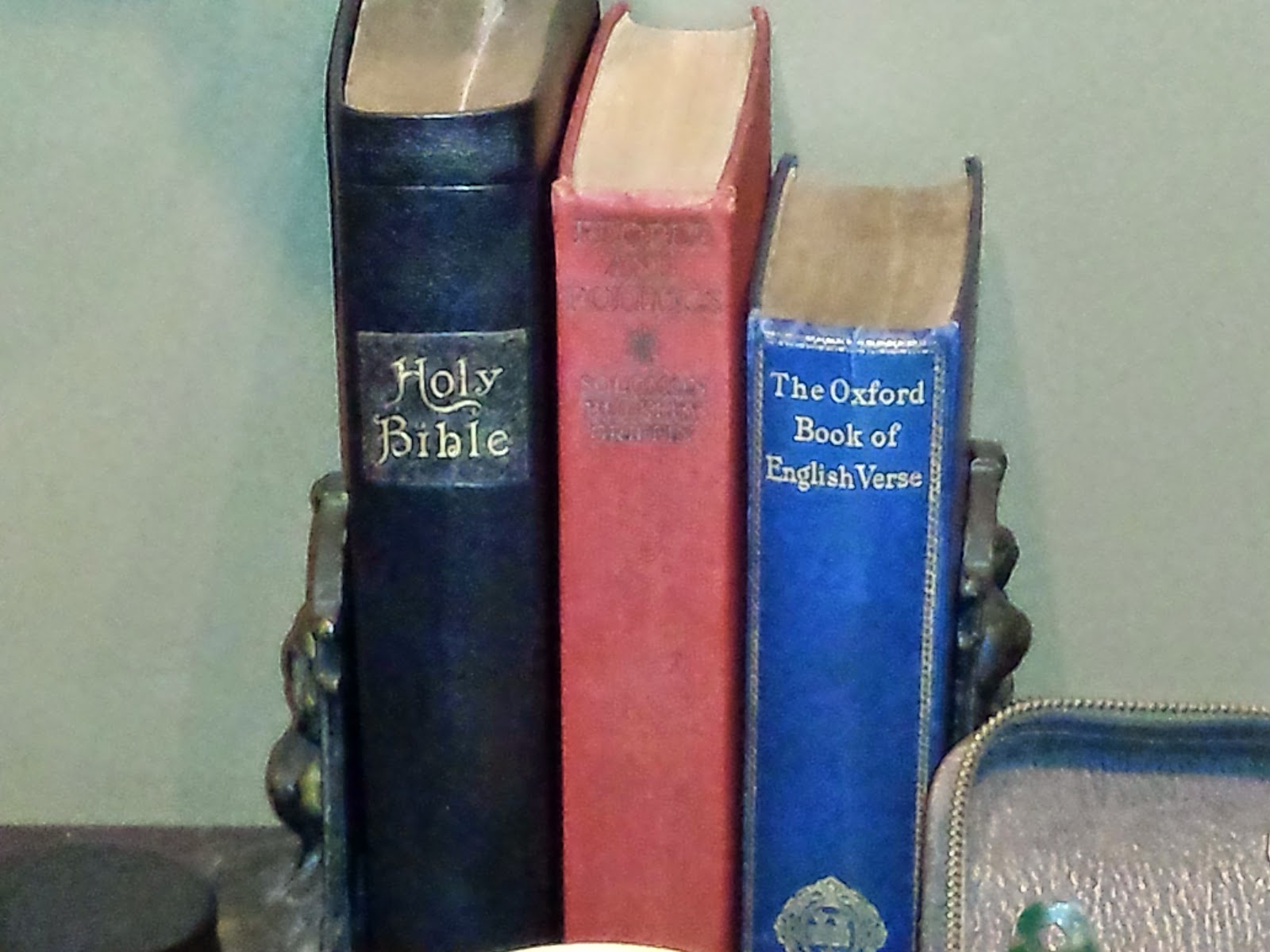 Close-up of the three books on Wolfe's desk.
(I cannot decipher the
title of the red book.)

What has been your experience, if any, with Thomas Wolfe?